Elise Wilson, a nurse in Massachusetts, was punched in the head and stabbed 11 times while doing a routine assessment on a deranged patient in 2017.

As she recovered in the hospital following eight hours of surgery, the state’s lawmakers drafted Elise’s Law, legislation designed to protect nurses throughout the state from workplace violence.

The law would require hospitals to identify areas where staff is most at risk, and to establish safety measures like metal detectors, security officers, and personal protection devices for summoning help.

Two years have gone by, and Elise’s Law, Senate Bill S.1374, still has not passed.

It is unacceptable to me that people who dedicate their lives toward healing other people must put their own lives at risk by going to work. And it is astonishing that legislation designed to protect them would not gain widespread support.

With workplace violence on the rise, ensuring staff safety is increasingly top-of-mind for hospital executives. I hear this from my board members and from C-level executives at major health systems. They highlight for me the instrumental role Vocera technology can play in improving safety for healthcare workers.

It’s encouraging to see C-suite executives paying attention to this topic. And they should, because keeping healthcare workers safe is not just the right thing to do; it’s good business.

Hospitals and health systems are businesses based on the contributions of human beings. Their service is based upon people caring for others. Therefore, C-level executives must figure out a way to protect and support the people who deliver care. You can’t operate an organization effectively in an environment where your people are stressed, exhausted, fatigued, or, in the worst-case scenario, under attack.

The economic aspect of workplace violence in healthcare is significant. If nurses are in fear of being injured or under attack, they’re more likely to leave the profession. It makes economic sense for hospital administrators to make sure that they’re protecting their most important asset, which is the people who work in their organization.

Because the number of patients is increasing dramatically while the number of people delivering care is not, nurse retention and recruitment matter. According to the 2016 National Healthcare Retention & RN Staffing Report, the turnover rate for bedside RNs is increasing, and the average cost of turnover ranges from $37,700 to $58,400 per nurse with the average hospital losing $5.2 million to $8.1 million annually. Investing in solutions that can protect nurses from danger delivers a strong ROI.

Beyond the business aspect of keeping healthcare workers safe is the humanistic side. We rely on hospital care teams to provide a service for the greater good of our communities. There’s a moral failure on the part of our society when we do not protect and take care of the people whom we expect to take care of us.

A recent blog, Violence Against Healthcare Workers: A Rising Epidemic, talks about how acts of violence have become all too common in hospital settings, and are often underreported.

A nurse interviewed in the blog, who has been attacked several times, shared an anecdote about a hospital that equipped workers with a phone app with an alarm. But, she says, “If I were being choked by my patient and held at my throat, how would I open my phone to access this app and operate it? . . . The best type would be a device where you can simply press a panic button and get help.”

I am proud to say Vocera offers wearable devices that offer this value proposition.

With our original Vocera Badge, a user can double-click the Call button to open a communication channel that goes directly to security staff. Responders can hear what is going on while en route to the scene and locate the person in distress even if he or she is unable to speak.

It became obvious to me that the problem of workplace violence in hospitals was much more prevalent than I realized. As an outcome of that insight, we built the Smartbadge with a dedicated panic button, to make it even easier for nurses to get help when they need it most.

Watch the video above to see how the panic button on the Smartbadge works.

Violence against healthcare workers is a problem that is not going to be resolved simply with policies and training on how to handle a violent patient. One of the basic tenets of personal safety is communication to assemble teams as quickly as possible.

In order to do that, yes, hospitals need policies. Yes, they need a safety culture. But they also need to give workers a way to take defensive or pre-emptive action with the appropriate technology. They need to be able to press a button that they can reach immediately because it’s on their person rather than on a wall.

Other industries have already started to address this issue with technology. A year ago, Chicago passed an ordinance to protect hotel workers by requiring hotel management to develop and implement policies, and to equip workers with a portable panic button to reach help in an emergency. Similar legislation has also been introduced in other parts of the country. 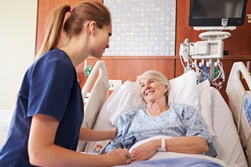 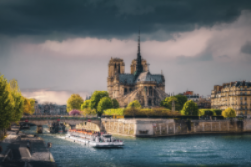 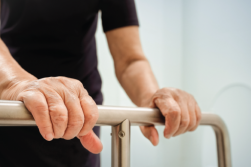