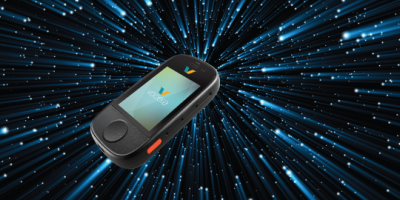 September 8 holds a special place at Vocera – and not just because it’s Pediatric Hematology/Oncology Nurses’ Day. It is also the anniversary of Star Trek’s first episode and the chance to celebrate our co-founders’ original vision of bringing the Star Trek communicator to life. The idea set Vocera on the path of transforming how care teams communicate in hospitals and other mission-critical environments around the world.

It also is fitting to review our larger mission: Simplifying and improving the lives of care teams and patients while helping hospitals enhance quality and operational efficiency.

This year, we are especially excited to do so given the launch of the Vocera Smartbadge, which goes a step beyond the “Commbadges” on Star Trek. The Smartbadge supports voice-activated communication, secure texting, and prioritized alert and alarm notifications with patient-centered context.

Whether you are a Trekkie or just love the idea of improving collaboration and trusted relationships between nurses, doctors and patients – we hope you will enjoy this look back at the technology that inspired Vocera as well as a glimpse of new frontiers.

Much like Kirk, Spock, and McCoy on the original series, although with fewer coordinated outfits to sustain them, the Vocera co-founders set out to boldly go where no healthcare technologists had gone before: Create purpose-built communication solutions that actually improve the lives of patients, families and caregivers.

They asked themselves: If clinicians could communicate with the ease of the Starship Enterprise crew, how much time would they save? How many steps could they reduce? How many interruptions in care could be avoided? And, most importantly, how much safer could patients and even care teams be?

To get answers to these questions, they started asking nurses, physicians, and other healthcare professionals – and realized the potential impact was even greater than expected. And, so the journey to transform healthcare communicate began.

Early on, the Starship Enterprise crew primarily communicated via installed panels throughout the ship. When they beamed away to a planet or another ship, they carried handheld devices, which to serve the plot, often malfunctioned and left them stranded. In later generations, the devices evolved from handhelds to wearables, at first wrist-worn and later donned as badges that doubled as admittedly stylish brooches. These Commbadges were activated with a light touch and had the benefit of incorporating universal-translating technology, turning raw data into something more useful, namely actionable information.

When the original hands-free Vocera Badge shipped in 2002, yelling down the hall and loud overhead paging systems were often the most common modes of care team communication in hospitals. There was also the call and wait system with landline phones. The pager hangover of the ‘80s gave way to widespread cell-phone adoption, which helped improve person-to-person communication, but early on there were security concerns with mobile devices.

From the early to mid-2000s, a lot changed in healthcare. Hospitals experienced a proliferation of WI-FI technology that both improved on-site communication and set the stage for the explosion of the Internet of Things (IoT) that followed. The wearable Vocera Badge evolved to have new and subsequently more robust voice-controlled capabilities, and purpose-built hardware advancements, such as BioCote antimicrobial additives to resist the buildup of bacteria. The Vocera Badge also became the first device to offer users voice-controlled calling between care team members based on name, role, group, and availability.

The late 2000s and early ‘10s brought even more change. Nurses and physicians (and the public at large) adopted smartphones. Simultaneously, mandated EHRs and a wealth of new IoT devices like smart beds and real-time medication and patient monitoring systems increased streams of information available to care teams. That is, if they could wade through the deluge of data and alerts relevant to their roles.

By the time Vocera shipped its 1 millionth badge in 2018, the software built around the device had expanded to the frontier of intelligent workflows and analytics to help clinicians better manage communication and reduce the number of unnecessary interruptions. Because of the volume and complexity of information received by multiple systems and people during a given shift, clinicians face a high risk for cognitive overload. The Vocera Platform integrates with more than 150 clinical and operational systems and provides clarity, relevance and focus through an advanced rules engine that unifies data from multiple sources, prioritizes notifications, and send messages with patient-centered context to the right care team members on their device of choice.

In January, we launched the Vocera Smartbadge, a new category of wearable that lets users read messages as easily as with a smartphone and see important, actionable information at a glance on an ample screen, and receive alarm and alert notifications with patient information for real-time situational awareness. Based on more than two decades of customer feedback, the Smartbadge was co-designed with frontline clinicians and administrators to address the needs and challenges they face today. The intuitive mobile device helps improve clinician agility, increases workflow efficiencies, reduces interruption fatigue, and elevates patient care, safety and experience.

The Smartbadge also was designed to help protect the well-being of healthcare workers. The dedicated panic button on the device gives nurses and other staff members the ability to get help with a simple touch of button. It is a feature our customers say they love and need with serious workplace violence incidents being four times greater in healthcare than in private industry.

While hands-free technology in the consumer market is still relatively new, with home devices becoming commonplace only within the last few years, voice-controlled assistants have had a foothold in the healthcare industry with the Vocera Badge for more than 18 years. We are proud the Smartbadge extends that tradition, having benefited from years of experience and valuable customer feedback. Future care teams will certainly inspire new capabilities that we look forward to integrating into the next generation of Vocera solutions. 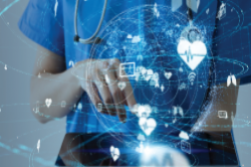 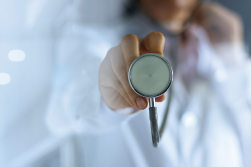 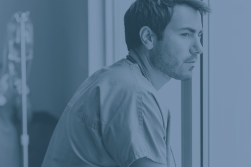 Cognitive Overload Is a Problem for Clinicians; Approaching ...