Returning to Purpose in the Midst of a Tragedy

The ExperiaHealth team had the honor of spending the day at San Francisco General Hospital on Tuesday, just two days after its trauma center received 62 patients from the crash of Asiana Airlines Flight 214.   During the organization’s management forum the CEO, Chief of Staff, and Chief Medical Officer shared incredible stories of how the team pulled together as one in response to the tragedy.   They related how doctors and nurses not scheduled to work showed up without being called. The Chief of Staff said all her requests for help were answered with “Yes.”  “Can we keep the cafeteria open?” – “Yes.” “Can we see adults in the pediatric clinic?” – “Yes.”   The hospital’s Chief Experience Officer, Baljeet Sangha, told the group, “I was at a family party…but I came in, because I wanted to be with my work family.”

The silver lining in tragedy is often how it brings people together.  San Francisco General Hospital showed the world this week how its exceptional team members are committed to their patients, their colleagues, and their mission.  Todd May, Chief Medical Officer, summed up the response. “This was a defining moment for this institution,” he said.

The hospital now aims to bottle up this return to purpose and deliver it 365 days a year for the patients and families that it serves.   May believes this commitment and focus will lead to lasting differentiation for the institution.  “We do not only want to be the trauma center, but the healthcare delivery system of choice,” he said.

ExperiaHealth sends our gratitude and a Code Lavender to the team at San Francisco General Hospital that supported our community during these events. 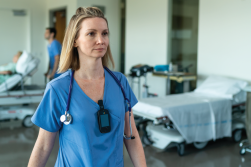 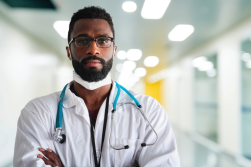 Protect Safety and Well-Being to Retain a Vibrant and Engage...