My Water Broke, And You Should See This Sunrise 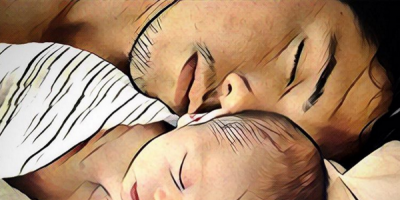 This guest blog post is by Niko Skievaski, co-founder of Redox, who allowed us the honor of reposting his blog describing the birth of his son, in which “it all came down to that vital moment.” As the baby emerged more quickly than expected, the nurse “ran across the room and pressed the button on her chest as she called for backup.”

Nettie woke me up at 5am on Saturday, "My water broke, and you should see this sunrise!" She was a silhouette of orange and pink sky standing above a towel. We were six days past the due date and expecting labor to start. I struggled out of bed and prepped the hospital bag, made breakfast, tried not to freak out. It wasn't until noon when contractions started. Over the next few hours, they grew in intensity and progressed to around five minutes apart. They say not to go to the hospital until you hit around three minutes. I called our doula who came right over to begin her work. By nightfall, contractions had intensified but the frequency was still around five minutes. We decided to go to the hospital anyway.

They hooked up external monitors to her belly and we discovered that the baby's heart rate was declining dramatically during contractions. This is bad news if his heart rate dips too much without prompt recovery. And on top of that, Nettie's blood pressure readings were abnormally high. We suddenly had complications and the term "emergency C-section" was thrown around by the various providers cycling in and out of the room. Our plan for an all natural, intervention-free labor and delivery seemed to be dwindling. In this way, birth is much like a startup: your plan is simply the way you hope the world to be; it's something that, given new information, will necessarily be altered or even thrown out altogether.

They inserted an electrode under the skin of our baby's scalp to monitor fetal heart rate internally. This intervention was necessary to get a more accurate read and quickly respond to distress. They put an oxygen mask on Nettie's face and she suddenly looked like a patient. Our nurse repositioned her on her side and watched how this affected the baby's beats per minute. After a few hours of recording progress, our doctor approached. "I know you don't want it, but I'm here to talk you into an epidural." I appreciated her straightforwardness. She said it'd lower blood pressure and slow things down to see if we can get the baby in a good place for a natural delivery. Additionally, it would make it possible for Nettie to stay conscious if we did have to resort to the C-section. She was right. As the drugs dispersed a calm shadowed the room and, with it, we dimmed the lights and muted the monitors.

By morning she was fully dilated but baby's heart rate was still dipping. The hypothesis was the umbilical cord was wrapped around the baby or pinned up against something. Every contraction would squeeze it and cut off circulation. The doc wanted to wait to push until the baby dropped down a bit further so as not to exacerbate the potential cord problem. The next few hours were a delicate balance as the natural contractions that urged the baby downward also caused dips in fetal BPM that brought sweat to my brow. All the while, Nettie was in an altered state. She had suppressed the chaos and care team discussions as beeping monitors displayed a story she was not interested in. She was inside her body, inside her head, breathing with the drug-dampened surges rolling through her.

The door opened and I expected a rush of scrubs to say "that's enough!" and transfer us to the operating room where scalpels and suctions were already waiting sterilized. It was our doctor, the concern still visible in the corners of her mouth. The baby had dropped a bit further and she had Nettie push through a contraction while she monitored the baby's variable heart rate. She told Vicky, our nurse, to guide Nettie through pushes with each contraction as long as the heart rate stayed high enough. We were to call her if there's progress and the room cleared except Vicky.

We repositioned Nettie to push from hands and knees and Vicky talked her through the pressure she was to put on her pelvic floor. My wife practices yoga almost every day; suffice if to say she knows a lot about channeling physical effort and breathing into that space. This was her zone. We could all see it in her face. After the second contraction, she said she felt noticeable progress. Vicky encouraged her to keep pushing while she charted in Epic across the room. With the next contraction Nettie yelled "This baby is coming!" and leaned in to push. Vicky jumped up noticeably frazzled. While running across the room she hit the button on her chest "I need backup in room seven!" As she reached the base of the bed she caught the baby's head and shoulders as he fell.

Time seemed to pause when I saw that discolored tiny alien for the first time. His head looked like a peanut, bulging in the back from his long journey. Oh, and it's a boy. He's a boy. I whispered it into Nettie's ear as she burst into an exhale that brought tears of relief, triumph. The doctor ran through the doors followed by an army of support from NICU wheeling instruments and gadgets they were all too late to use. No one expected him to come this quickly after the strained labor. Most expected he wouldn't come out this way at all. Vicky didn't even have a chance to put on gloves.

When you work in healthcare you start to experience it differently. Every moment of discomfort and vulnerability is a potential opportunity. Each scrap of inefficiency and waste is a target for technology advancement. Throughout the pregnancy, we used consumer apps to stay informed, research best practices, track progress, and monitor contractions. In the hospital setting, Epic was the centralized source of truth being fed by countless monitors and evaluations from nurses and docs. And when it came down to that vital moment, all Vicky could do was hit that button on her chest to call for backup. Had he needed resuscitation, those seconds saved could have meant life or death for our little boy.

At Redox we get to see some of the newest tech as it approaches the market. We get to help the innovators who are attempting to build businesses to bring comfort and improved care. And when you dig deep enough with any of these technologies, they are rooted in patient stories—some tragic, some triumphant.

This is why we do what we do.