Improving Safety for Hospitals and Patients 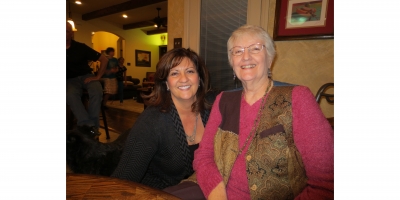 Improving Safety for Hospitals and Patients

I’ve witnessed communication breakdown in a hospital setting in a very personal way.

About two and a half years ago my mother was diagnosed with renal cancer, which resulted in the removal of one of her kidneys. During the course of her hospital stay, it became painfully clear to me that without family there as her advocate, being her voice, multiple communication breakdowns would have occurred every day.

My brother has a Ph.D. in education. But the day he was with our mom he was texting me multiple times every hour because he didn’t understand what was going on around him. He was taking pictures of things that had been written down and texting that to me. He was asking, “Is this okay? What’s this drug? When does she need to take this?” He didn’t feel like he understood what was going on well enough and was reluctant to contact the staff when they were busy with so many daily activities.

When I was with her I saw the gaps in communication among her care providers.

At one point my mother was in pain, and I called out to the desk. The nurse called back and said, “I can’t find the doctor. I’ve called his office and I’ve paged him, but I don’t know when he’s going to call back.”

So my mother’s pain went on. I asked again, an hour or so later, “Have you spoken to the doctor?” And the answer was, “Oh, I forgot. I got busy, and no, I haven’t heard from him.” On another occasion I asked, “Have you asked for an order to change her diet?” And the answer was, “Oh, I need to call and I need to get a new order.” This was followed by waiting for the order to arrive, and then having to enter orders for the diet change into the EHR.

If you had the capability to just send a secure text to say, “This patient is ready to move from a liquid diet to a diabetic meal plan,” the message could be addressed right away. Communication shouldn’t require multiple phone calls and waiting.

What I’ve described are simple communication tasks that are repeated thousands of times every day in every hospital in the U.S. Smoothing this communication process can make a huge difference in a patient’s care, outcome, and satisfaction.

At the time my mother was going through this frightening experience, I had only recently come to work for Vocera. I remembered thinking then: this is the problem that I get to solve.

Vocera has 15 or so nurses on staff who help our customers design and optimize clinical workflow communications. They come from many different nursing discipline backgrounds including oncology, pediatric, cardiovascular, surgery, ICU, women’s health, and children’s health. They all bring clinical expertise and passion for technology in the patient care environment to the job.

Our nurses understand what it takes to perform the simple act of just talking to each other, and the simple act of making the patient’s experience comfortable and compassionate. They’re focused on making Vocera’s solutions streamline workflows and simplifying critical communication in the patient care environment.

In recognition of National Safety Month, a few of our nurses would like to share some of their experiences with Vocera making hospitals safer for caregivers and patients. When we talk about safety at Vocera, we ultimately believe that when you provide people who need to have their hands on patients with technology and tools that are simple to use, make them more effective, and help them care better for patients, you are addressing safety issues across the entire patient care experience.

No cell service, no land lines: just one way to connect

In the summer of 2015, a back hoe severed a cable and shut down electricity and telecommunication services for three Arizona counties. Across the region, in the peak summer traffic season, people couldn’t communicate with each other via cell or phone lines for several days.

In the midst of the outage, one thing was working: Vocera inside the hospital at Summit Healthcare. An 89-bed hospital in Show Low, AZ, northeast of Phoenix, Summit is the only regional healthcare provider and trauma center for this large, remote geographical region. Vocera operates on Wi-Fi, and the hospital’s Wi-Fi was working, powered by the back-up generator. Vocera users could communicate within the hospital to maintain continuity of care for emergency patients.

Summit refers a significant number of trauma patients to the Banner hospitals in the Phoenix area. Vocera’s team facilitated a meeting between Summit and Banner, and we were able to connect the two systems via each other’s Vocera guest access.

Because both entities have Vocera, the clinicians understood each other’s communication system. Summit’s clinicians could use Vocera to communicate with clinicians at Banner by just saying “Call Banner” and the name of the Banner hospital they needed—which was set up in Vocera’s address book. The Summit clinicians could then reach a person at Banner with a particular role without having to know the person’s name. For example, the clinician could say “Call ED charge nurse” and connect to the right individual to start discussing a patient transfer.

No other communication platform could have maintained this level of safety and quality of care in this challenging situation.

“We are so spoiled by having this”

Shortly after a patient arrived from the PACU on the inpatient surgical ward, his assigned nurse was busy in another room. So, the PACU nurse placed the telemetry monitor on the patient while waiting to give updates via bedside report.

The patient didn’t have any issues while in recovery, but now was complaining of trouble breathing. He was talking to the PACU nurse as she helped him to sit upright. What she couldn’t see was that his heart rhythm was V- tach (a lethal rhythm). The Phillips monitor detected a red alarm and sent an alert to the telemetry tech’s phone. The telemetry tech forwarded the alert from her phone to the room nurse’s Vocera Badge, to the charge nurse, and to the nurse buddy.

Within a few minutes the patient suddenly became unresponsive. The PACU nurse began to prep him for CPR; she lowered the head of the bed, removed the backboard, and checked his pulse. Before she could even call a code she had three caregivers at her side to assist her who’d received the alert from the telemetry tech.

One of them used Vocera to call a code blue alarm, with the system automatically sending out the patient’s room number. The overhead page came much later, manually announced over the PA system. The patient survived and was moved to ICU.

When the ICU nurses at this hospital talk to me about Vocera, they say, “We are so spoiled by having this.” They realize the value and the safety Vocera provides for their patients, even when they are not at the bedside.

Trapped in a stairwell

When one hospital I worked at first opened, some of its doors were on timers that locked down automatically at certain times of day. I wasn’t aware of this feature. One afternoon I took the stairs rather than the elevator and became locked in a stairwell. It was early evening in a government building and many people had gone home, so I might have been stuck for a long time. Cellphones don’t get service in the building’s stairwells, but Vocera does because it runs on the wireless network. Since I had Vocera, I was able to call for help.

Faster than a page

At one hospital, it used to be that if there was a code blue, the certiﬁed registered nurse anesthetist (CRNA) would receive a page. Now that the hospital has integrated Vocera with its nurse call system, the CRNA receives a code blue alarm on Vocera. The paging still happens, but the CRNA told me she will get the alarm on Vocera, go to the patient’s room, and have him intubated before she even gets the page on her pager.

Security at the push of a button

At another hospital there was a nurse who had a restraining order against her husband. She looked up and saw him at the end of the hall before he had a chance to see her. She went into an empty room and hid, and pushed the button on her Vocera Badge to call Security. They came and escorted him off the premises.

A coronary intensive care unit (CICU) nurse was down in the GI lab with a patient on ventilation in an ERCP procedure and couldn’t leave. The patient was unstable, and the nurse had to stay at the head of the bed. The Levophed drip ran out, and the patient’s blood pressure dropped. The nurse used her Vocera Badge to call hands-free upstairs to the CICU for another Levophed drip, and an RN brought it down. The nurse didn’t have to leave her patient to find a phone, nor take her focus from what she was doing. She said Vocera really saved her from an unsafe situation.

Help is on the way

At one hospital, a staff member encountered a person having a heart attack in the hospital parking lot. The staff member had a Vocera Badge on, and used it to summon help quickly.

At another hospital with a new Vocera installation, a nurse told me she’d had an encounter with a violent patient the day before and was able to use our push-to-talk function to summon help. She said that if it had happened just a week before, she felt she would have been hurt by that patient before help arrived. 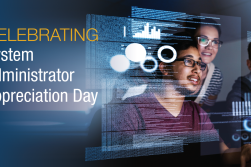 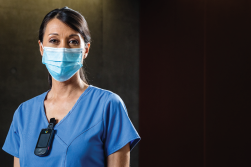 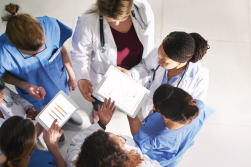