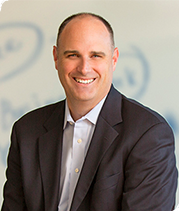 Justin Spencer has been executive vice president and CFO of Vocera since August 2014 and has a proven track record of excelling in technology companies with both hardware and software products, and building trusted partnerships with board of directors, sell-side analysts, and investors.

Prior to joining Vocera, from September 2008 to November 2013, he served as CFO and executive vice president of finance and administration for five years at Symmetricom Inc., (NASDAQ: SYMM) where he led finance, investor relations, legal and information technology activities with teams located in the United States, Europe and Asia Pacific. From November 2002 to June 2008, Mr. Spencer worked at Covad Communications Group Inc. (NASDAQ: COVD) overseeing finance, accounting, human resources and corporate development. While at Covad, he served as executive vice president and CFO as well as vice president of finance, corporate development and investor relations. He also served as the senior product manager. Before his tenure at Covad, Mr. Spencer worked in strategy and product management roles with Hewlett Packard from September 2000 to November 2002, leading several cross-functional teams and managing the successful worldwide launch of HP’s wireless strategy and products.

Mr. Spencer earned a bachelor's degree in accounting from The University of Utah and a master's degree from The Wharton School of Business.

Why Humanizing Healthcare Matters to a CFO

I’m not a traditional CFO. I don’t come from an accounting background, so I view the world a little bit different than many CFOs do. I connect as much with the human aspects of business as with the financial aspects.

I’ve worked in a few different… 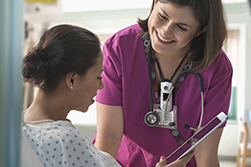