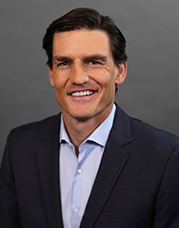 Rob Born, the Vice President of Business & Corporate Development, joined Vocera in July 2014. From February 2001 to March 2014, he was a Partner at Thomas Wiesel Venture Partners, an early-stage technology venture capital fund, where he was responsible for making investments in the wireless, enterprise software, healthcare IT, and home automation sectors. Prior to his tenure as a venture capitalist, Mr. Born was an investment banker with Thomas Weisel Partners (Vice President from February 1999 to February 2001) and Montgomery Securities (Associate from August 1998 to February 1999), where he helped technology companies complete IPO, M&A and Private Placement transactions. Mr. Born holds a B.A. degree from Amherst College and M.B.A. and J.D. degrees from Duke University. He is a member of the California State Bar Association and he currently serves on the Board of Directors of Control4 Corporation (NASDAQ: CTRL), a leading provider of home automation systems.