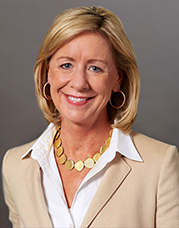 Empowered by professional experiences and personal stories, Dr. Duffy inspires leaders across the country to disrupt the status quo and reimagine the future of healthcare. Prior to her appointment at Vocera, Dr. Duffy co-founded and served as Chief Executive Officer of ExperiaHealth, a company that collaborated with healthcare leaders to improve the patient, family and staff experience through solutions that improve communication and restore human connections. ExperiaHealth was acquired by Vocera in 2010.

Dr. Duffy was an early pioneer in the creation of hospitalist medicine and launched programs to accelerate clinical discovery in the field of Integrative and Heart-Brain medicine, helping establish the Earl and Doris Bakken Heart Brain Institute. She was also the country’s first chief experience officer (CXO) in healthcare, establishing that role at the Cleveland Clinic in 2006 and making experience improvement a top strategic priority there and across the nation. Dr. Duffy is considered the founder of the experience improvement movement and is a frequent speaker on redefining safety to include protecting the physical and emotional well-being of frontline healthcare workers.

She has received many accolades for her work, and each year she is named to several prominent industry lists featuring women in healthcare and technology. In 2020, Becker’s Hospital Review included Dr. Duffy on two of the publication’s women to watch lists. In 2019, she was named a Top 25 Women Leader in Healthcare Software by Healthcare Tech Report proceeded by recognition as a Female Healthcare IT Leader to Know by Becker’s Healthcare in 2019 and 2018. In 2017, Dr. Duffy was named a “Women of Influence” by Silicon Valley Business Journal and a one the “Most Powerful Women in Healthcare IT”

by Health Data Management. In 2015, she was named “Woman of the Year” by Women Health Care Executives and selected as one of the “Most Influential Women in Bay Area Business” by San Francisco Business Times. Dr. Duffy was also recognized as a “Health IT Change Agent” by Health IT Outcomes in 2014 and named among the “Top 50 in Digital Healthcare” by Rock Health. Additionally, she earned the Quantum Leap Award for taking the risk to spur internal change in the field of medicine, and was featured in HealthLeaders magazine as one of “20 People Who Make Healthcare Better.”

Dr. Duffy attended medical school at the University of Minnesota and completed her residency in internal medicine at Abbott Northwestern Hospital in Minneapolis, Minnesota. She is a founding partner of the CEO Coalition and a co-founder of the National Taskforce for Humanity in Healthcare. Dr Duffy also serves on the board of directors for Evolent Health, Inc., Kids Care Dental & Orthodontics, and is on the advisory board of Maven Clinic.