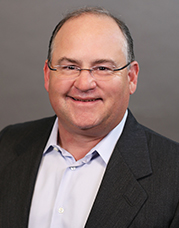 Jim Blastos joined Vocera in December of 2005 and serves as our Vice President of Operations, overseeing manufacturing, operations performance, direct engineering and quality standards for the entire organization. Prior to joining Vocera, Mr. Blastos served as the Director of Operations for Foveon from 1999 to 2005, where he accelerated manufacturing expansion with operational infrastructures and engineering practices and oversaw staffing, marketing and sales, customer relations, process engineering, and fiscal controls, and built CMOS imager fabless semiconductor and digital camera manufacturing operations. Prior to Foveon, Mr. Blastos spent three years with KLA-Tencor, a process control and yield management solutions company, where he delivered customer application support, and collaborated with customer applications and engineering teams.

Mr. Blastos was an Attack Helicopter Company Commander in the United States Army, and holds an MS in Physics from MIT, an MBA from Chaminade University and a Bachelor of Science degree in Nuclear Engineering and Laser Physics from The United States Military Academy at West Point.