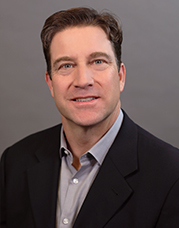 Doug Carlen joined Vocera as General Counsel in July 2016. From August 2012 to June 2016, Mr. Carlen was the Vice President of Legal Affairs at Liquid Robotics, an ocean data services provider and developer of the Wave Glider. Prior to Liquid Robotics, Mr. Carlen served from August 2010 to August 2012 as Senior Vice President and General Counsel at MegaPath, a provider of data, voice and cloud-based communications services.  From September 1999 to August 2010, he worked at Covad Communications in three corporate counsel roles, with the last three years as Senior Vice President and General Counsel. Mr. Carlen also specialized in corporate law and litigation at various firms from 1994 to 1999.

Since 2011, Mr. Carlen has been on the board of directors for the Lupus Foundation of Northern California. He earned his bachelor’s degree from the University of Southern California and a law degree from Hastings College of the Law.